Our theme this term is the Rugby World Cup in Japan.  20 countries were competing and pupils studied these countries and created presentations about them.

We have learnt a lot about the country of Japan.  We studied the Japanese tale ‘The Mouse’s Marriage’ – one of the ideas by the pupils.  The tale was performed as a puppet show to Foundation Phase pupils.  We also created ‘anime’ pictures and emulated pictures of Japanese Cherry Blossom trees using paint.  Speeches were written by the pupils to try to persuade the Rugby World Cup competition to come to Wales.  A rugby tag tournament was held in Cae Rhianfa with schools from the area taking part.  Pupils were placed in teams, and Canada were victorious.

Danielle, the mother of one of our year 5 pupils came in to talk about her life when she lived in Japan for some years. 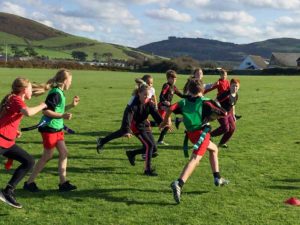 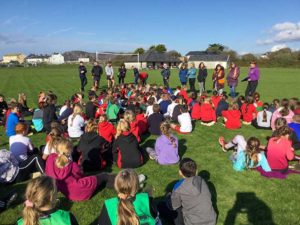 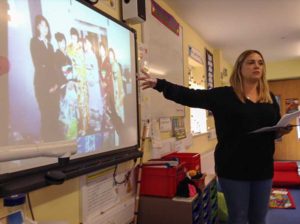